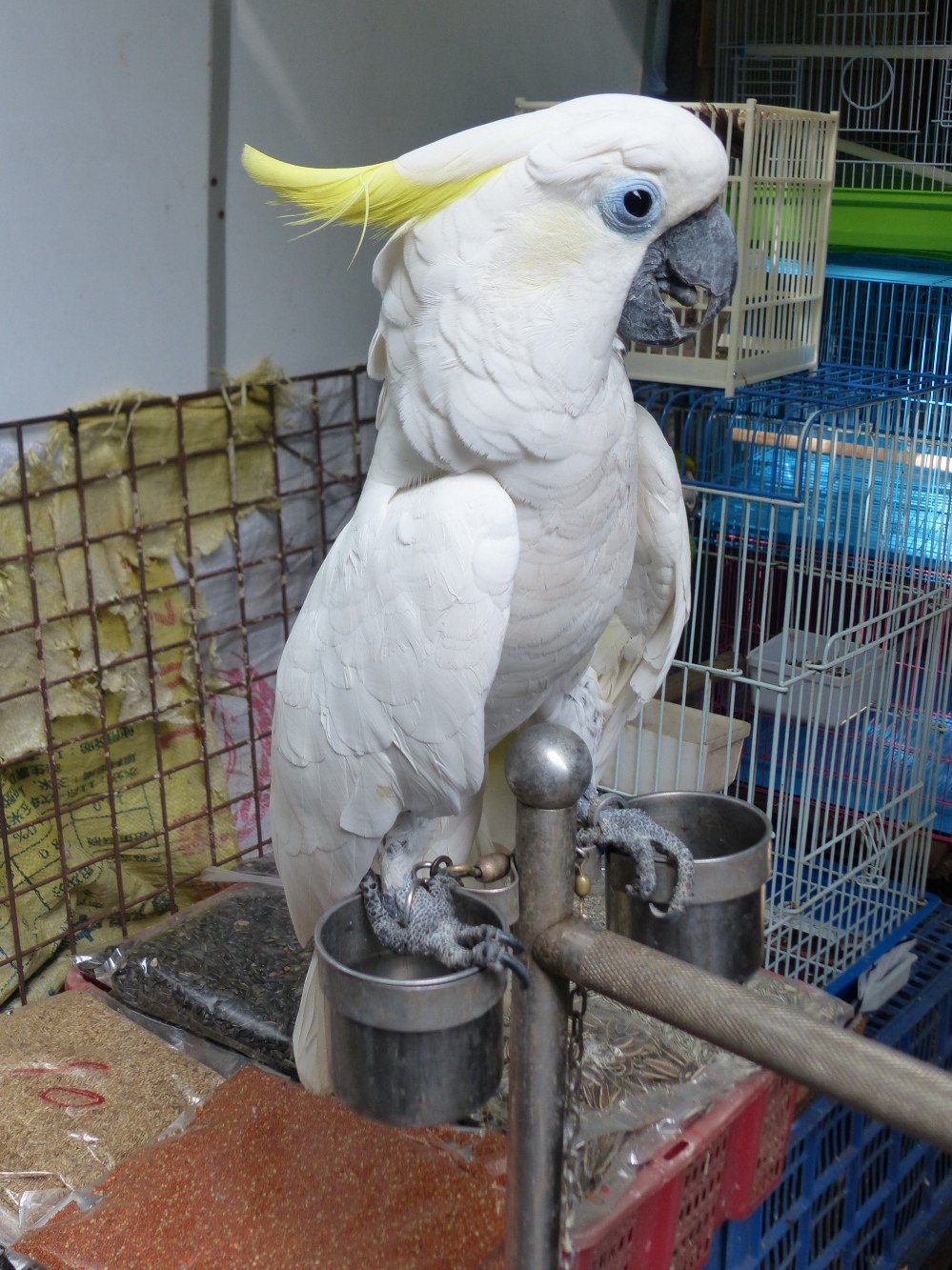 Glassy eyes stare down
from vibrant yellow crowns,
solemn statues lined up
for shady shopping trips
to markets masked with colour.
Wild or caught
traded or trapped,
histories coalesce
to capture this scene.
Sifting carbon through feathers
we sort fruits from nuts
and plants from seeds,
grounding traffic through tests
to give flight to future fancies
of silent, empty cages.

This poem is inspired by recent research, which has shown that stable isotope analysis can be used to help combat the illegal trade of cockatoos.

This new study has identified a novel forensic tool for differentiating between wild and bred cockatoos, by making use of stable isotope analysis. Stable isotopes are alternative forms of elements with different molecular weights that are found naturally and do not decay radioactively. Stable isotope analysis of elements such as carbon, nitrogen, and sulphur is used in ecology to trace the flow of nutrients through food webs. By using this technique on the feathers from Hong Kong’s wild, yellow-crested cockatoo population and on feathers from pet cockatoos owned by private individuals, the researchers in this study have shown that both stable carbon and nitrogen isotope values differed significantly between wild and captive cockatoos, indicating consumption of different plant and protein types in their diets. Enforcement officials could apply this test in the future to determine whether a cockatoo has been raised in the wild or in captivity. This research therefore presents a powerful tool for government authorities in their efforts to regulate wildlife trade, both for yellow-crested cockatoos and other endangered species as well.