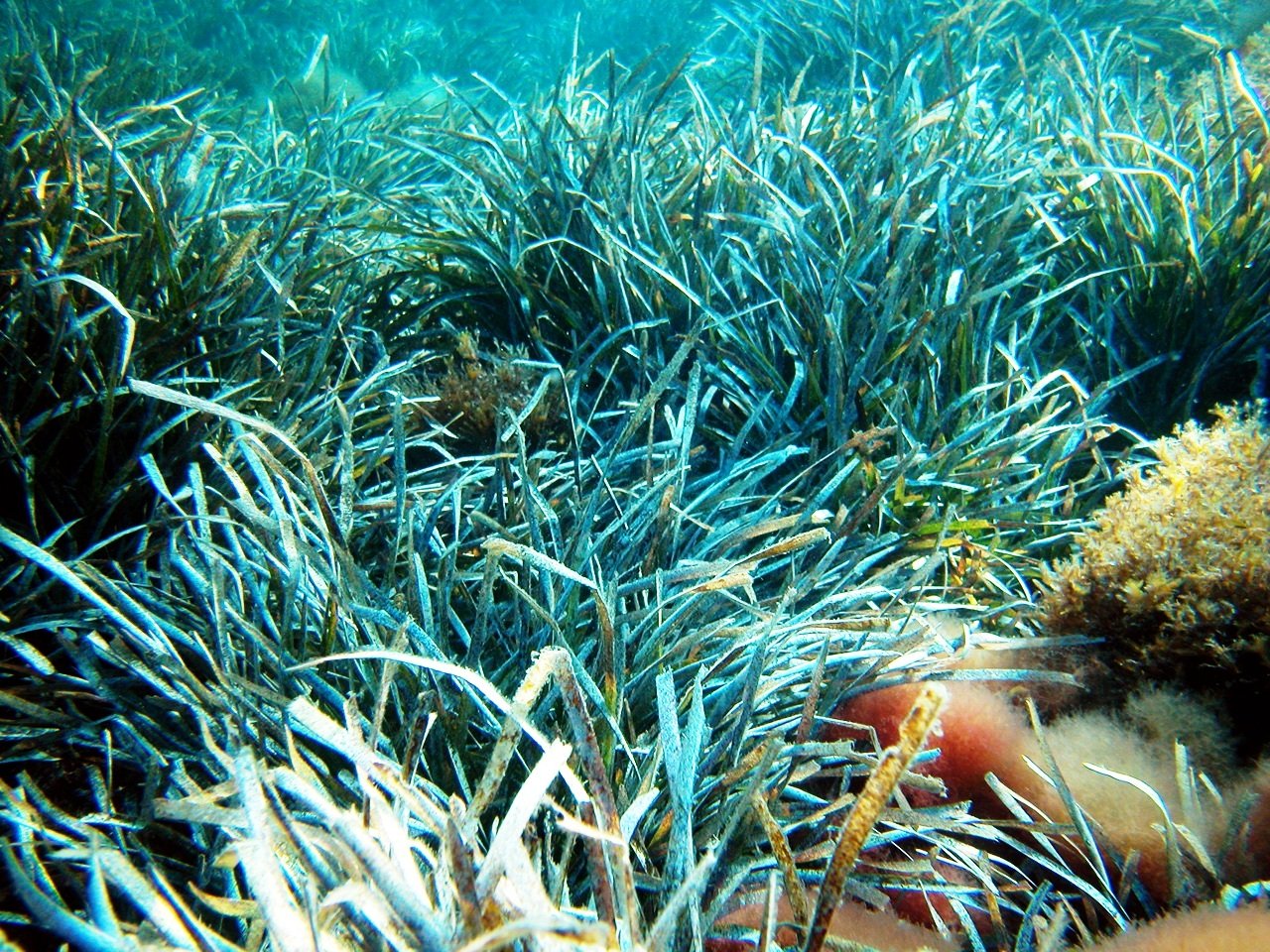 Sheathes of see-through cloth
shimmer in the Mediterranean sun,
soaking their ripening cargo
in waves of rippling heat.
Their glistening torsos
dripping beads of sweat
into Neptune’s meadow
of sunken ribbons.
Logged in the sediment
as timeless testimony
to the ceaseless rigours
of our consumption.

This poem is inspired by recent research, which has found a dramatic increase in microplastics in seagrass soil since the 1970s.

Seagrass beds act as filters for coastal areas and can therefore capture particles, including microplastics, that travel from the land down into the seabed. Over time the sediments of seagrass soil stabilise and build up thick sediment layers that correspond to specific time periods. This means that seagrass beds can be used as an historical environmental archive, making them an extremely useful tool for studying the accumulation of microplastics over time. In this new study, researchers have succeeded in tracing plastic pollution since the 1930s and 1940s by analysing microplastics found in seagrass sediments at three locations along the Spanish Mediterranean coast, including two sites in the Almería region of Spain.

Almería is a province on the Mediterranean coast in south-eastern Spain. This area is renowned for its greenhouse farming and accounts for about a quarter (or three million tonnes) of the total Spanish exports of vegetables and fruit. In fact, the greenhouse complex that covers over 260 km2 of the region is so large that it can be seen from space and is sometimes referred to as the ‘Plastic sea’, due to the high concentration of the greenhouse structures. The plastic films that are used to cover the greenhouses wear out quickly, and through usage and weathering they end up in the environment and leach into the sea through runoff. In this study, the researchers were able to measure microplastics in the seagrass meadows in this region, finding that the microplastic contamination and accumulation was negligible until the mid-1970s (which is when intensive greenhouse farming in the region first began), after which plastic particles increased dramatically, with the highest concentrations of microplastic particles found in the recent (i.e. since 2012) surface soil. The high concentrations of microplastics that have accumulated in the seagrass bed can potentially lead to the spread of microplastics to other environments or to animals. It is clear that the transformation of the Almería region into a highly productive agricultural complex has come at an extremely high cost to the surrounding environment.