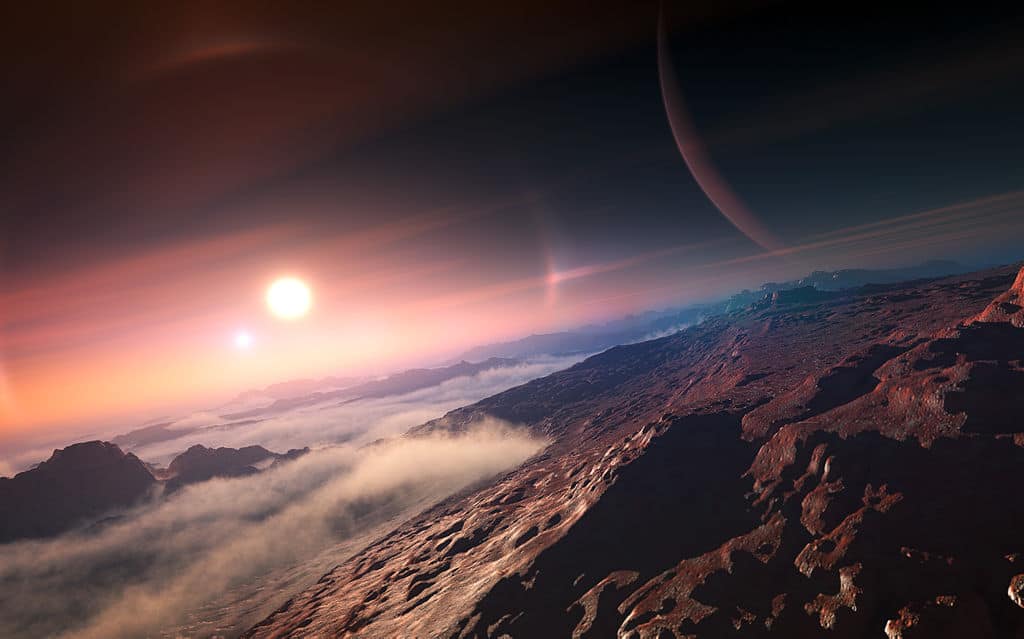 Mechanical eyes sweep
immeasurable skies,
searching for life with
boundaries pre-defined
by the limitations
of their homely existence.
Blinkered hands reaching
into dusky bags
to pull blue marbles
from a kaleidoscope
of planetary possibilities.
Not younger or smaller
but warmer and wetter,
these are the states
in which life would be better.
Habitats that turn
our planet green,
as it nervously shifts
explorations
to the watery blocks
upon which we are stacked.

This poem is inspired by recent research, which has found 24 ‘superhabitable’ planets that may have conditions more suitable for life than Earth.

The search for extraterrestrial life often focusses on searching for exoplanets, i.e. planets that exist outside of our solar system. To date, researchers have identified over 4,000 such exoplanets, and in determining which of these might currently support life it is first necessary to find out which of these contain the conditions that make them the most theoretically habitable. Previous studies have focussed on looking for those exoplanets that most closely resemble our Earth, and which orbit a star that is similar to our sun. However, this makes an assumption that the best possible conditions for any form of life are those that we experience here on Earth, which may not actually be the case.

While the sun is the centre of our solar system, it has a relatively short lifespan of less than 10 billion years. Since it took nearly 4 billion years before any form of complex life appeared on Earth, those stars that are similar to our sun might run out of fuel before complex life can develop. Stars that are somewhat cooler, less massive, and less luminous than our sun might therefore present a greater window in which life could evolve. Similarly, to be habitable, planets should not be so old that they have exhausted their geothermal heat and protective geomagnetic fields. Earth is around 4.5 billion years old, but the sweet spot for life is actually a planet that is between 5 billion to 8 billion years old. A planet that is 10% larger than the Earth should also have more habitable land, while one that is about 1.5 times Earth’s mass would have a stronger gravitational pull, meaning that it could retain an atmosphere over a longer time period. Finally, a slightly overall warmer temperature (i.e. one that is about 5 °C greater than the mean surface temperature on Earth), together with the additional moisture that this would create, would also be better for life; something which we observe on Earth with the greater biodiversity that is seen in tropical rainforests in comparison to colder, drier areas. These ideal conditions suggest that those exoplanets that are older, slightly larger, warmer, and wetter than Earth are actually more conducive to life than our own planet. In this new study researchers identified the 24 top exoplanet candidates according to these criteria, and whilst none of them meet all the criteria for superhabitable planets, the exoplanet KOI 5715.01 comes close, making it possibly much more comfortable for life than our home planet. It is also worth noting that this research also assumes that life is defined as being assembled from water and carbon-based building blocks. However, the range of habitable niches on a planet could be much greater if we also allow for alternative biochemistries of extraterrestrial life that are much different than our own…

3 thoughts on “Better than Earth”