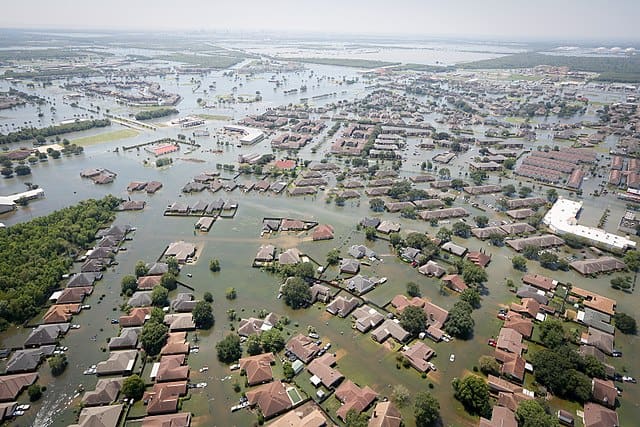 Struggling beneath the weight
of accumulation you buckle
in the rains;
a surplus of backwash
baptising you with the
filthy discharge of a
thousand vanquished drains.

Every street and boulevard
fades beneath
the waves;
thoroughfares gasp for breath,
the city’s arteries washed
clean until they lead to
shallow graves.

Inundated in the
uncertainty with which
you subside;
your basic functions
reduced to nothing
more than treading water
against the rising tide.

Regretfully we chart
the spread down
every path and drive;
tracing geometric channels
through the outburst
so that others
might survive.

This poem is inspired by recent research, which has found that flooding can be predicted in urban areas by adapting the modelling and mathematical laws that are used to predict the spread of pandemics.

Inspired by the same processes that are used to predict the spread of pandemics, researchers have created a model to accurately forecast the spread of floodwaters in urban road networks. The Susceptible-Exposed-Infected-Recovered (or SEIR) model describes the spreading of an epidemic in which a susceptible individual becomes spontaneously immune or recovered after being infected by a contagious disease. The SEIR model was adapted to describe how the probability of the flooding of a road segment depends on the degree to which other nearby road segments are flooded. Here ‘susceptible’ refers to a road that can be flooded because it is in a flood plain, ‘exposed’ is a road that has flooding due to rainwater or overflow from a nearby channel, ‘infected’ is a road that is flooded and cannot be used, and ‘recovered’ is a road where the floodwater has receded.

The accuracy of this model was verified using historical data of road flooding in Harris County, Texas during Hurricane Harvey in 2017, where it was found that the model was able to predict road flooding events over this region and time period with approximately 90% accuracy. The accuracy of this model would suggest that this approach will be of great benefit to emergency managers, public officials, citizens, first responders, and other decision-makers during major flooding events.

2 thoughts on “An Outbreak of Flooding”