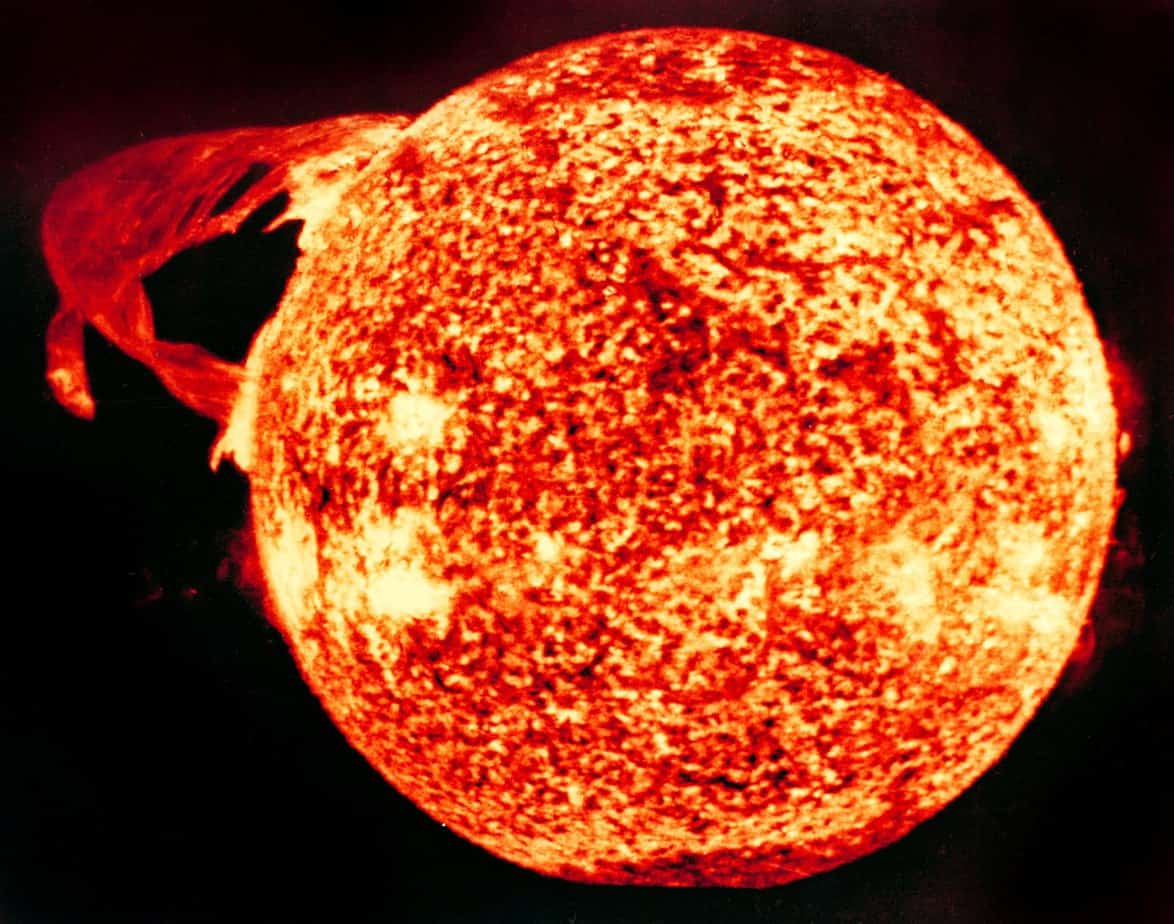 We trace your violence

As your temper subsides

we cut loose our charts,

to catch our breath.

to escape your surface;

we consult our charts

to correct their errata;

This poem is inspired by recent research, which has found that even during a solar minimum, our sun is still extremely active.

The solar cycle is based on the Sun’s magnetic field, which flips around approximately every 11 years, when its north and south magnetic poles switch places. It’s not known what exactly drives these cycles, but the poles switch when the magnetic field is at its weakest, i.e. the solar minimum. We are currently in Solar Cycle 24, the most recent solar cycle, or the 24th since 1755, when extensive recording of solar sunspot activity (which are used to determine the Sun’s activity) began. Reversed polarity sunspot regions were observed in December 2016, April 2018, November 2018, May 2019, and July 2019, thereby indicating that a transitional phase to Solar Cycle 25 is currently in process, and it is likely that we are currently experiencing a solar minimum.

It was previously believed that there was not much of interest going on in the Sun during the passive period of the solar minimum. However, new research suggests that this is not actually the case, and that there is in fact an unexplained phenomenon happening on the surface of the Sun, making some areas significantly hotter than the others during this period. These ‘brightenings’ are thought to have three possible explanations. The first are coronal holes at the Sun’s two poles, which direct heat outwards through solar winds; the second is via the ejection of hot material from the surface of the Sun; and the third is areas where strong magnetic fields are detected. Researchers also found brightenings in some areas where no explanatory factor could be found. These new findings demonstrate that some solar activity is occurring almost all the time, including during the times when solar activity is otherwise very low. Furthermore, during this ‘quiet’ period it is easier to identify weak active regions that otherwise would go unnoticed, like the polar active regions, and studying their distribution, size, and lifetime provides important information that can help to predict whether the phenomena of the solar minimum indicate something about the next active period and solar cycle.

2 thoughts on “The Quiet Sun”