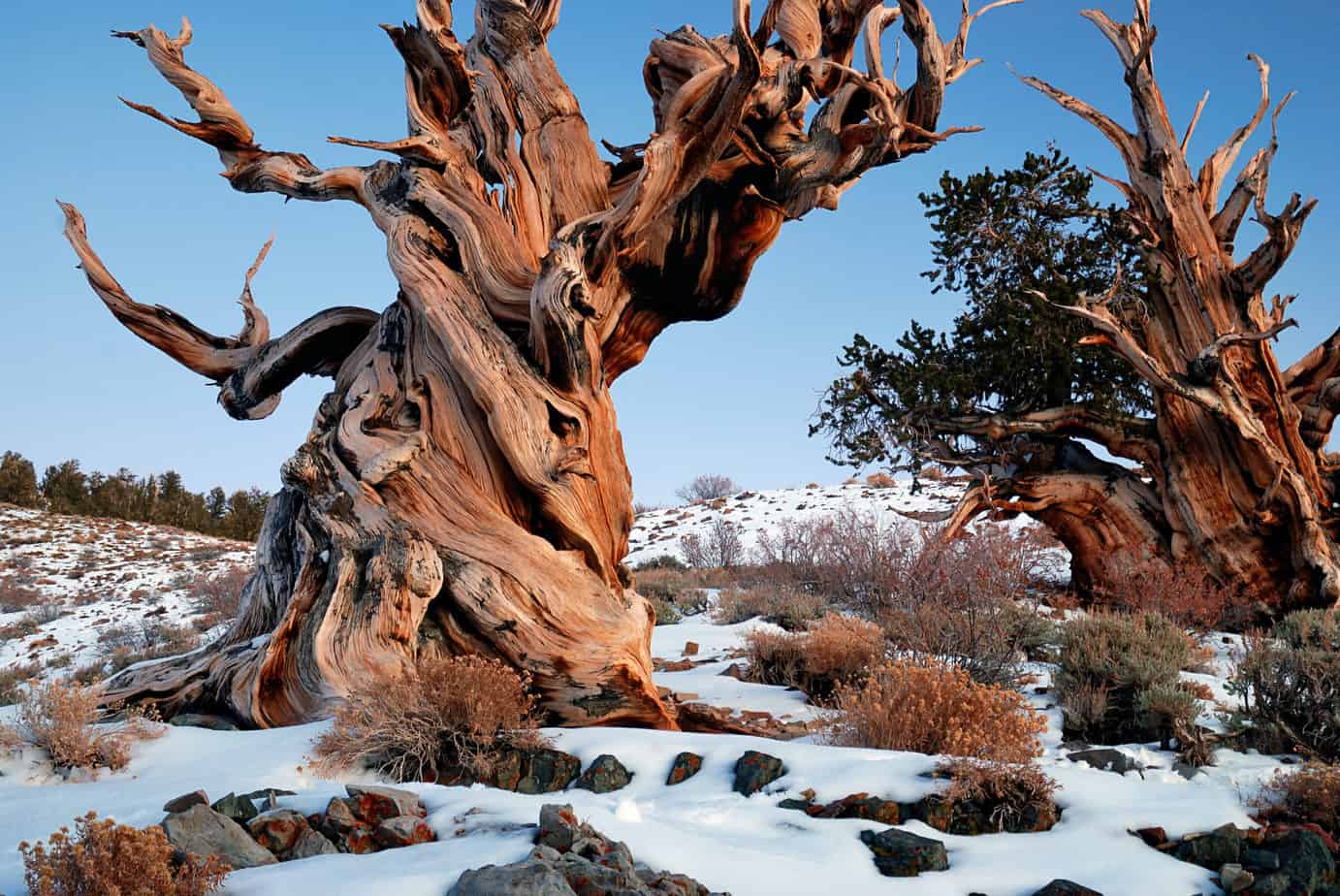 Your tarnished skin crinkles in the breeze,

an ancient husk that juts from the

that stirs you from your slumber.

We crouch, childlike, beneath your broken boughs,

As we bore incrementally through your sunken past;

without the tools to understand.

The sticky core sparkles in the sunlight,

wrapped in a bloodied sap

of your silent anguish;

we marvel at the stoicism

of your evergreen existence.

You wear your age with pride,

each ring a rustic testament

to the sorrow you have borne;

that we could never comprehend.

This poem is inspired by recent research, which has proposed that long-lived trees are not immortal.

The oldest tree in the world is a Great Basin bristlecone pine tree growing high in the White Mountains of Inyo County in eastern California (in the United States), that is thought to be 4,851 years old, and is affectionately referred to as Methuselah. Other species of tree, such as the Patagonian cypress (in Chile) and the Giant sequoia (in the United States) have known lifespans in excess of 3,000 years, leading many researchers to speculate to what extent these ancient organisms undergo senescence, i.e. the condition or process of deterioration with age. A recent study into ginkgo trees (which have been known to live in excess of a thousand years), suggested that they may be able to escape senescence altogether, raising further questions about the apparent lack of ageing in certain species of trees.

A combination of resistance to disease and retaining the capacity for vegetative growth has been observed in many of these long-lived trees and identified as reasons for their longevity. However, none of these mechanisms can provide infinite protection against the wear and tear of ageing, which might be considered as a type of stress which no organisms can escape forever. As the timescale of these millennial trees is much longer than that of a single human lifetime, it is likely that it is our own limited lifespan that is preventing us from properly observing the stress of ageing in these ancient, but ultimately mortal, trees.

1 thought on “The Mortality of Trees”