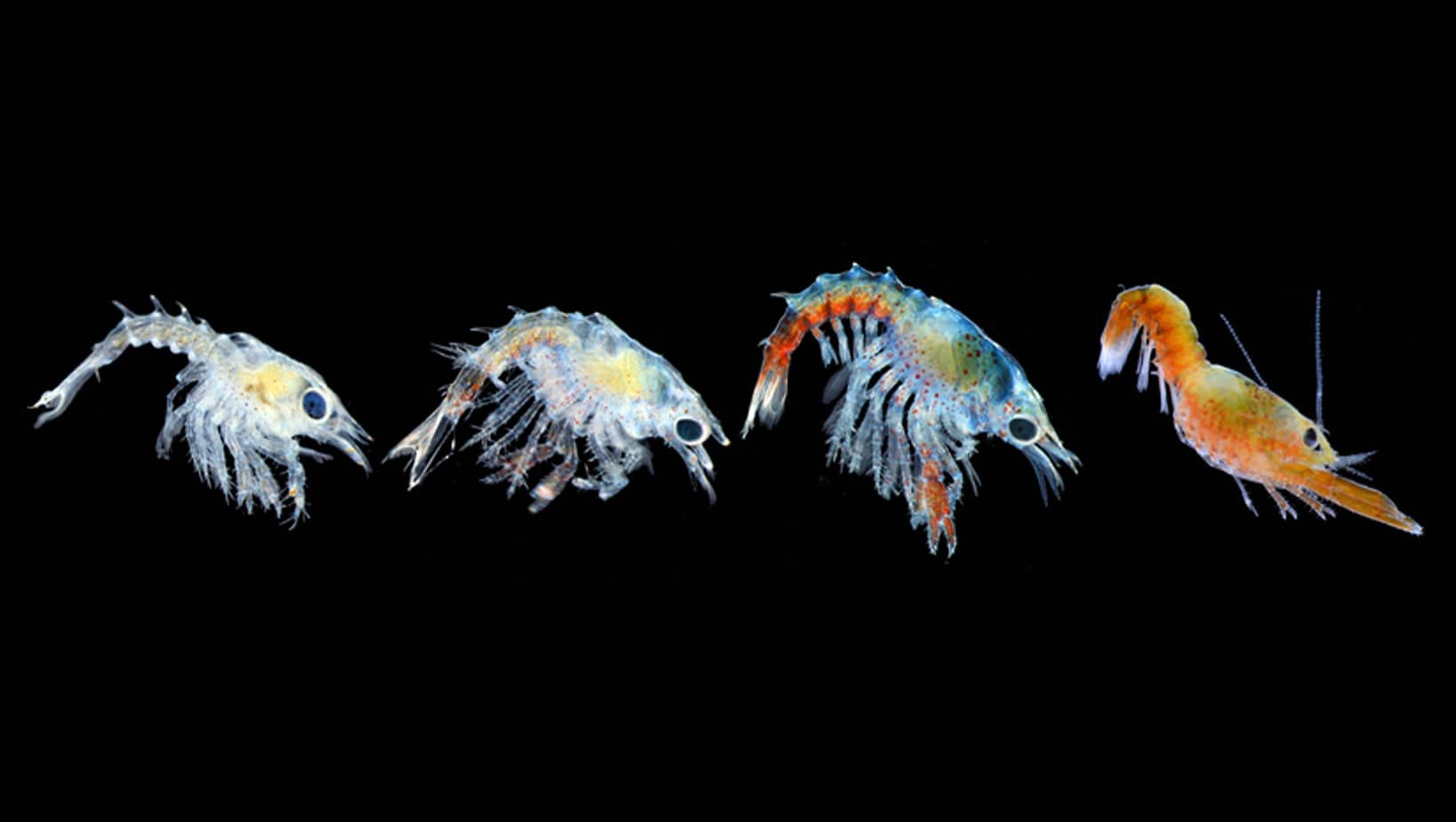 Emerging from a coral cocoon

you drift towards the surface,

the waning light of a harvest moon.

Perched beneath the waves

you hover between worlds,

giants that pass in the night;

their limbs of fraying rope and steel

beyond the scales of your existence.

an artificial reef that cloys

at your translucent shell;

as you shed old skin

their shiny coats a tempting treat

with the finest offcuts

Casting off the pliancy of youth,

you sink towards the ocean floor;

grounded only by the habits

of our plastic economy.

This poem is inspired by recent research, which has found that lobster larvae are harmed by microplastic pollution in the ocean.

Microplastics are small fragments of plastic debris that have accumulated in the environment on a global scale. They originate from the direct release of particles of plastic and as a consequence of the fragmentation of larger items. In the world’s oceans, plastics tend to float at the surface, where they are exposed to sunlight and wave action, which eventually break them down into smaller particles. These plastic particles have been found in almost every animal in the ocean (from the sea surface and shoreline to the deep sea), and researchers are only just now beginning to fully grasp the impact that this will have on ocean life.

The American lobster is a species of ecological, cultural, and commercial relevance in US coastal waters. Following its hatching from an egg it grows to adulthood through four distinct developmental stages, evolving from a stage 1 larva to a stage 4 young lobster via a series of shell moults over a period of 15 days to a month. By exposing hatched larvae to various quantities of microplastics during these four developmental stages, researchers have shown that microplastic pollution can significantly impact the moulting, ingestion, oxygen consumption, and survival rates of the American lobster. For example, the youngest larvae were found not to consume any microplastics but were instead beset by an accumulation under the shells that protect their gills. In contrast, the older larvae did not accumulate microplastics under their shells, but they did ingest the particles and retained them in their digestive systems. Given that of the 10,000 eggs that a female lobster may release only 10 of them may survive to adulthood, and that lobster survival rates are already being impacted by global warming and ocean acidification, the future of this species relies on us rapidly addressing how to significantly reduce the amount of microplastics in our oceans.