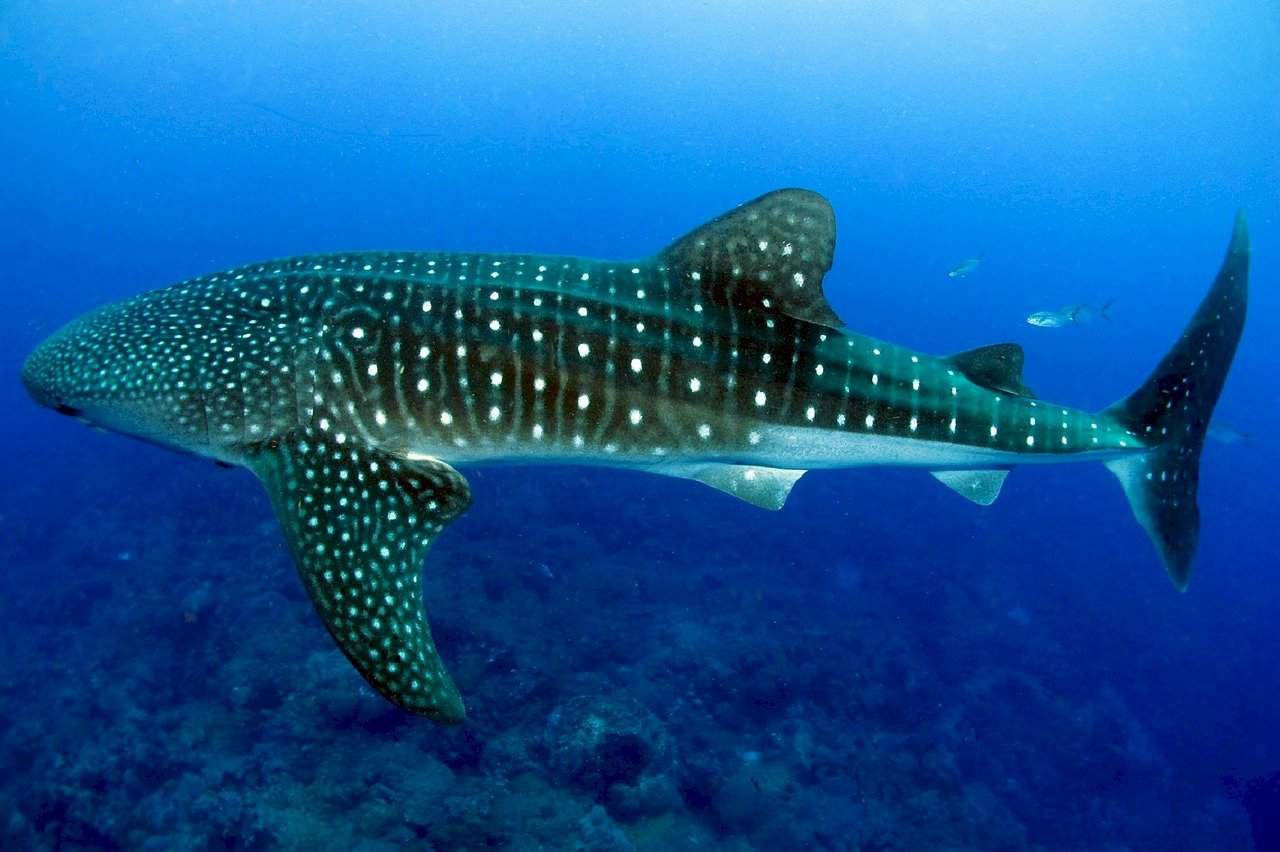 Ageless giants glide beneath the waves,

at the impertinence of our horology.

Careless in its caducity, one swims

too close to shore; shallow waters

with aged secrets ripe for reaping.

Peeling back the skin to reveal rivulets

we count rings as pairs and singlets,

counting off their years with

The scars of our past lie buried

percolating through the brine,

more than we could every wish

This poem is inspired by recent research, which has used the fallout from the Cold War nuclear bomb tests to reveal the true age of whale sharks.

Whale sharks are the world’s largest species of fish, growing up to 12 m in length. They are also thought to live long lives, but measuring their exact age can be difficult, because like all sharks they lack the bony structures (otoliths) that are usually used to assess the age of other fish. The age of whale sharks is instead estimated by counting the number of distinct bands that grow on their vertebrae, like the rings of a tree trunk. However, until now it has not been clear whether new growth rings form every year, or every six months.

In this new study, researchers have used the fallout from nuclear weapons testing to better understand the frequency with which these growth rings are formed. During the 1950s and 1960s, many countries conducted tests of nuclear weapons as part of the Cold War. The fallout from these nuclear tests resulted in huge amounts of the carbon-14 isotope being released into the atmosphere (double the normal amount), which then trickled down through the oceans and the food webs, into every living creature on the planet. The carbon-14 isotope decays at a steady (and well-measured) rate, meaning that the older cartilage that makes up each vertebra of the whale shark will contain a higher concentration than that which formed more recently. Measuring the carbon-14 levels in the successive growth rings of whale sharks therefore provides a novel methodology for determining how often they were created. Doing so has revealed that one growth ring is definitely deposited every year (and not every six months), thereby helping researchers to better determine the exact age and longevity of these giants of the sea.

2 thoughts on “Testing the Age of Sharks”