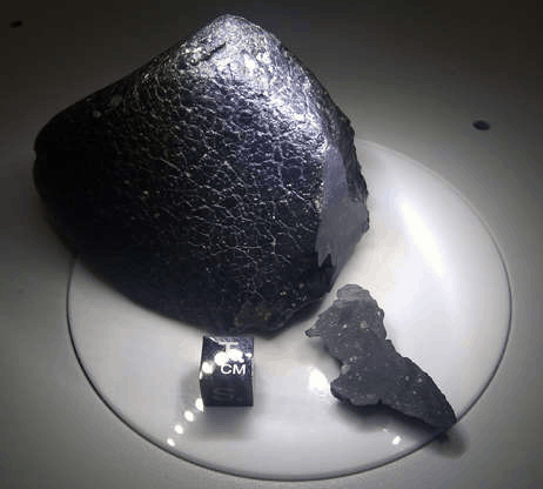 Peeling back the blackened

bubble over with stories

once sang with the

sound of a thousand

Beneath a sterile gaze,

collapsing under the weight

their bloodied pools of water

wrung dry from every grain.

Where once there was an ocean,

This poem is inspired by recent research, which has used meteorites to show that Mars has at least two different types of water that likely came from different sources.

Scientists have long been interested in understanding the role that water played in the formation of Mars. The current Martian atmosphere is too thin for liquid water to exist on the surface of the planet, and instead it is stored as ice, below the surface and in the polar regions. Previous theories have also suggested that much like the Earth, Mars once had an ocean of magma completely encompassing the planet.

In this new study, researchers have chemically analysed two meteorites that originated on Mars and which are known to have interacted with the fluids contained below the surface of the planet: Northwest Africa 7034 and Allan Hills 84001. Two types, or isotopes, of hydrogen were found to exist within these meteorites, one type containing only a proton in its nucleus, AKA ‘light hydrogen’, and the second containing both a proton and a neutron, AKA deuterium or ‘heavy hydrogen.’ That two different types of hydrogen exist, suggest that Mars has at least two different types of water, and that they likely came from different sources. One possible explanation for this is that two asteroids (or other celestial bodies), each with different water contents, may have collided with Mars at different times in its history. This research also calls into question the previously accepted belief that Mars once had a global magma ocean, which would now seem unlikely given that mixing of these two different types of hydrogen does not appear to have occurred at any point in Mars’ history.

4 thoughts on “The Weight of Martian Water”